Detoxifying the anonymous internet one troll at a time: Norwich orders

When people create profiles and interact with one another online, doing so anonymously under an assumed username remains the most common approach.  While some major platforms have moved away from this model and have begun requiring users to register with their actual names, the vast majority of platforms continue to operate with anonymity as a key feature.  When users layer anonymous accounts upon anonymous accounts it can be nigh impossible for parties who have been wronged online to identify the wrongdoers and hold them to account without the cooperation of platforms and ISPs who are able to connect anonymous usernames with identifying information such as names, email addresses, and IP addresses.

A Norwich order is an extraordinary equitable remedy that requires an innocent third party, which is tied up in the wrongdoing of another, to disclose certain information to the wronged party so that the wronged party may pursue a claim. As platforms and ISPs will generally refuse to disclose information about their users upon request and in some cases are prohibited from doing so absent a court order, Norwich orders have become a valuable tool in Canada to obtain the necessary information to pursue claims against people who infringe copyright, harass, defame, make threats of physical harm and death, or otherwise facilitate crime online.

The inquiry in a recent Ontario Superior Court of Justice case considered whether a legitimate objective justified the use of a Norwich order in an ex parte setting. An ex parte proceeding is one where the judge decides without all of the parties being present at the application—in this case the third party platform who was the subject of the application. In Bungie Inc. v. TextNow Inc., 2022 ONSC 4181, the Court established that there was rationale for proceeding absent TextNow, as concerns over the safety of the applicants provided sufficient justification in light of TextNow’s policy to inform its customers of applications of this nature. This decision reemphasizes the unique utility of Norwich orders and how such orders can be obtained on an urgent and ex parte basis when there is a serious risk of harm.

The applicants were two Bungie Inc. employees, going by the pseudonyms James Doe and Jane Doe, who live in the US and work as developer and community manager, respectively, for Bungie’s popular multiplayer game, Destiny 2. While games are an enjoyable pastime for many, others take it as an opportunity to harass, grief and troll (intentionally degrading the gameplaying experience of others through malicious activity), dox (using or exposing private or personal information about a particular individual on the internet with malicious intent, enabling others to do the same or make threats of harm) and even swat (that is, calling in emergency police requests that result in armed police officers arriving at the victim’s address) other members of the gaming community. Game development employees who are public-facing, especially as “community managers” who responsible for interacting with and engaging with the game’s online community, face the direct ire of these miscreants, often as a result of gameplay issues, development decisions, perceived community slights, racism, sexism, or a host of other reasons.

In this context, the applicants were subjected to increasing harassment and abuse of their personal information at the hands of an anonymous individual living in the United States.   Evidence was submitted demonstrating that the harasser employed the use of the services of the respondent, TextNow Inc., to anonymize their conduct and communications. TextNow is a company registered in Ontario and, amongst other things, operates a service where it purchases access to phone networks operated by telephone companies, and then provides customers with inexpensive access to those networks.  The net result is that while there are many legitimate uses for this service, in some cases it enables harrassers to efficiently make anonymous texts and phone calls. TextNow’s terms of service make it clear that it functions to provide customers with anonymity, maintaining a policy that they only preserve records for 90 days, and (absent a non-disclosure order) will inform users of requests for customer information giving them seven days to dispute the request in court.

The applicants submitted ample evidence that one of TextNow’s customers was harassing and doxing the individuals applicants. The abusive behaviour ensued through numerous calls, texts and offensive voicemails, sending death threats, and going so far as to order pizza to the applicants house (which, while sounding innocuous, is a direct threat in the context of known swatting opportunities).

The applicants submitted a Norwich application to extract information about the harasser from the customer database of TextNow. Generally these orders go unopposed upon notice.  But in this context, the rationale for proceeding ex parte was the concern that TextNow has a policy to tell its customers of applications of this type, which may have lead to dire consequences. The Court considered whether to make an interim order prohibiting disclosure of the Norwich application by the respondent when served. Ultimately, the Court determined that notice of the application to TextNow should be waived in the interests of justice.

For the Court to determine that notice of the application should be waived, they examined the established legal test for granting Norwich orders, including whether:

In determining whether to provide notice of the Norwich application to TextNow, the Court assessed the need for discovery and the proposed use for the information sought. The arguments against providing notice generally underscore whether notice to the alleged wrongdoer may precipitate the dissipation of assets or additional offences.

The Superior Court concluded that notice of the application should be waived because the delay necessary to give notice of the proceeding could entail severe consequences, elaborating that if TextNow followed its posted policy and informed its customer of the application, the harm the customer may commit is serious given evidence of anti-social behaviour and overt threats. The Court clarified that providing notice would be foolhardy given the nature of threats made against the applicant Bungie employees.

Finally, the Court elaborated that this equitable remedy ought to be made available to identify people in circumstances of harassment, racism, doxing, overt threats or the abuse of private information. Regardless of the wrongdoer’s location, the Court elaborated that the identity of targets should be discoverable provided the prerequisites of a Norwich application are met.

As anonymity surges throughout the globe, it becomes increasingly difficult to identify individuals who have committed wrongdoing. The progression of social media and identity-concealing apps contributes to this inconspicuousness and functions to hinder legal investigations.

The Superior Court’s affirmation of ex parte Norwich relief in circumstances of online harassment serves to give yet another tool to pierce the veil of duplicitous offenders. This equitable remedy will prove valuable in certain litigation settings and serve to diminish strain and cost in cross-border investigations. And, when the circumstances dictate, removing the obligation to provide notice expedites legal proceedings and ensures the potential consequences of litigation are mitigated well in advance.

A version of this article was originally published on dlapiper.com (and is used with permission), but it provides only general information about legal issues and developments, and is not intended to provide specific legal advice. Please see DLA Piper’s disclaimer for more details. 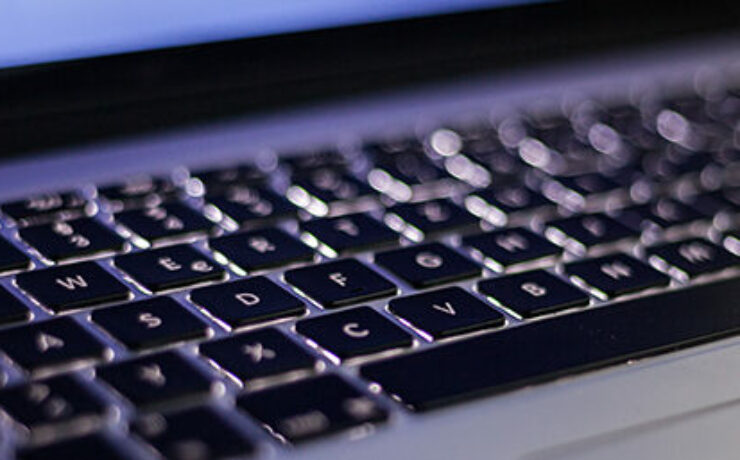 Detoxifying the anonymous internet one troll at a time: Norwich orders

No posts were found for display